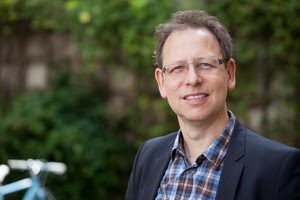 In this talk, we develop a perspective on English as a as a global contact language. While corpus-based approaches have been dominating the study of English varieties worldwide (including learner Englishes), we relate typologically motivated approaches with variationist questionnaire data (Dollinger 2015; Krug et al. 2016, 2020). Specifically, for our analyses we rely on the lexical portion of the Bamberg Questionnaire Database (Krug & Sell 2013), which comprises information on speakers’ choices pertaining to 68 items (e.g. truck vs. lorry, traffic circle vs. roundabout, autumn vs. fall, etc.) as well as extensive informant metadata (e.g. age, gender, languages, educational profile, etc.). The scope of this resource – which has been compiled over the last decade and is still growing – is broad and now allows for a detailed comparison of varieties across the Kachruvian, status-based variety type spectrum. As of May 2022, it contains more than 5,000 informants with some 300.000 data points overall, and it comprises material from varieties categorized as ‘Inner Circle/English as a Native Language’ (ENL, e.g. American and British English), ‘Outer Circle/as a Second Language’ (ESL, e.g. Gibraltar, Maltese, and Puerto Rican English), as well as ‘Expanding Circle/as a Foreign Language’ (EFL, e.g. German, Slovenian, and Swedish Learner English).

We suggest that such a database can be explored to shed light on a number of interesting issues. These include (i) identifying the actual existence of distinct regional and/or variety type patterns and, on a related note, (ii) determining the relative influence of British and American English, respectively, as lexifier or “parent” varieties for different ESL and EFL varieties. We also intend to show the benefits of an integrated study of different variety types (see, e.g., Mukherjee & Hundt 2011; Deshors 2018), especially against the backdrop of the observation that boundaries between ESL and EFL varieties are becoming increasingly fuzzy.

Unsurprisingly, perhaps, our study supports the conceptualization of a variety type continuum rather than status-based categorizations. We further argue (i) that variety-internal variation is often motivated lexically rather than socially, and (ii) that, rather than exclusively figuring in a teleological fashion (e.g. as mere Americanization), globalization in the lexicon sometimes figures as a trend towards longer-term free variation.

His research interests are reflected in the books Emerging English Modals: A Corpus-Based Study of Grammaticalization (Mouton de Gruyter) and Research Methods in Language Variation and Change (co-edited with Julia Schlüter and published with CUP), as well as articles and book chapters such as “String Frequency: A Cognitive Motivating Factor in Coalescence, Language Processing and Linguistic Change” (Journal of English Linguistics), “Auxiliaries and Grammaticalization” (Handbook of Grammaticalization, OUP), “The Great Vowel Shift” (Historical Linguistics of English: An International Handbook, Mouton), “Maltese English” (Further Studies in the Lesser-Known Varieties of English, CUP), and “Patterns of linguistic globalization” (New Approaches to English Linguistics, Benjamins, co-authored with Ole Schützler and Valentin Werner).